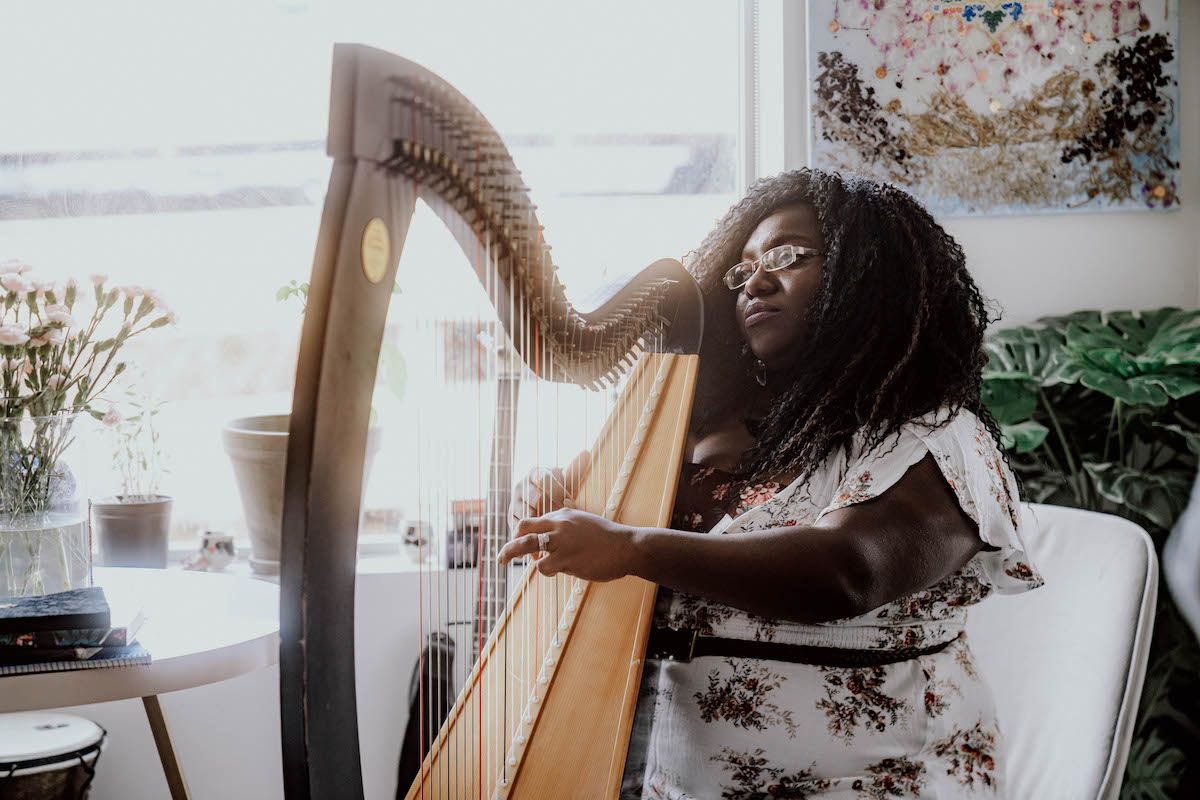 Whether she is playing the harp with her flutist, singing and dancing with her support vocalists or playing the ukulele or her electronic compositions, Edem's work primarily focuses on cultural preservation and identity. In much of her work the Ga language, her native tongue is used. Although Edem was born as a first-generation American, Edem utilizes the culture that was taught to her in hopes that the youth will remember where they came from— To know who they are, and where they are going.

Edem has performed in various Venues, Universities, Schools, and for many Organizations. From Omaha to Sioux City, Edem has also performed in venues from Utah to San Diego and Los Angeles, California.

In 2020, Edem became a finalist in a songwriting competition with Lincoln (Luxury Motors). As a finalist, the competition placed her as a guest of the 62nd Annual GRAMMY Awards, while granting the public the opportunity to vote for her, in-between the Live Broadcast.

Prior to the GRAMMY’s,  Edem became a Fellow In 2017 at the Union for Contemporary Art. Edem has been featured in publications such as The National Trust for Historic Preservation's ‘Preservation Magazine’ and Omaha’s own ‘Encounter Magazine.’

Since then, Edem has taken the stage at events like the Olympic Swim and Curling Trials, MAHA, Lincoln Calling, The Joslyn Museum, KANEKO, The Union for Contemporary Art and more!

Edem is currently living in Omaha.

Through music and theatrical performances featuring African drumming and dancing, Edem utilizes all her gifts to ensure a better future for those that will come after her. Edem’s musical work is appropriate for all ages and stages of life.

Technical requirements: We have string instruments, a drum kit, several percussive and wind instruments. Set-up is always based on the type of performance being requested. Please contact info@edemsoulmusic.com for up to date tech requirements.

Virtual Option: Edem Soul Music has used platforms from Zoom to Facebook and Instagram Live and will work with potential sponsors to create a virtual experience that's right for you. We have various sound options, and always request a sound check prior to performances!