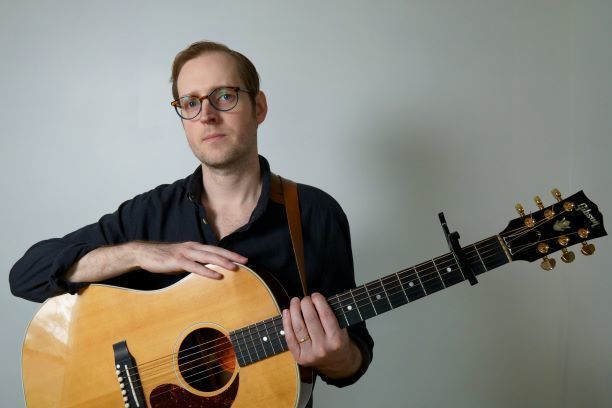 "who wouldn’t follow that voice into any song.. "
- Susan Werner, Singer-Songwriter

Will Hutchinson is an award winning Nebraska based singer/songwriter who comes from a family of storytellers. He cut his teeth performing on the streets in Santa Monica and has been thrilling audiences with his quirky banter and captivating lyrics from small venues to performing arts centers ever since. He has one of the most uplifting beautiful voices you've ever heard that is simultaneously heart wrenching and has been known to both make his audience cackle and weep in the same set.

Traveling extensively while growing up, Will picked up many interesting hobbies along the way that left him with a keen sense of curiosity that shines through in his music. His songs talk about love, the human condition, and poetically confront the mysterious questions of life, death, and time. He has four full-length albums he has written and produced and is working on a new record in 2019 that will be a concept album on his accident and near death experience in 2018.

While off stage, Will continues to feed deep passion for creating and producing original music as well as keeping in touch with his fans via his email list and musician lifestyle blog The Music Habit; where he shares stories and learning resources that have helped him along the way with fans and fellow musicians.

Technical requirements: A sound check will be required on the day of the performance (1 hour before showtime unless otherwise arranged) after the stage is set and all equipment is in operating order. Sound check shall last no more than 1 hour.

Presenter will supply a first-class sound system (which must have reverb) including: one microphone on boom stand (one vocal) and one direct box.

Artist can provide own sound equipment for an additional fee.

Will Hutchinson SOLO (based on equipment, travel distances, and performance length): $900

Will Hutchinson BAND (based on number of performers, equipment, travel distance, and performance length): $1,980