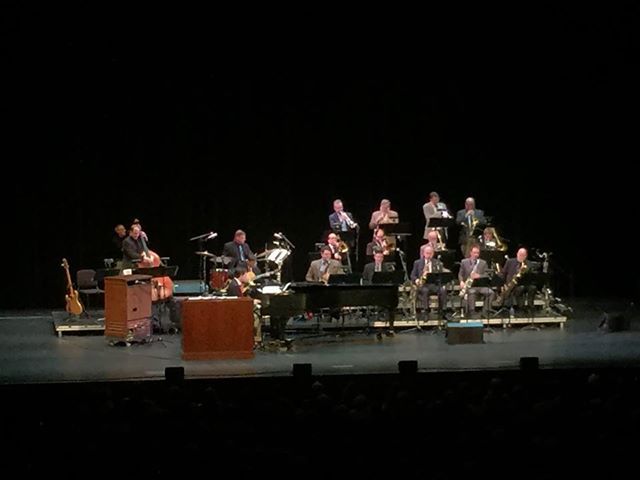 The Nebraska Jazz Orchestra is the premier big band in Nebraska, performing traditional to contemporary repertoire with the state’s finest jazz musicians, and is available for your concert venue or special event. Receiving critical acclaim and numerous accolades for its musicianship and dynamic performances, the group was featured in the Nebraska Educational Television documentary Hard Times Swing, received a 2007 Mayor's Arts Award, and celebrated its 40th anniversary in 2015. The Nebraska Jazz Orchestra performed at the Montreux International Jazz Festival in Switzerland in 1997 and has toured extensively in both the United States and Europe since its formation in 1975. Concerts feature a variety of traditional big band music by jazz masters such as Woody Herman, Duke Ellington, and Count Basie, as well as new compositions by members of the band. The Nebraska Jazz Orchestra also regularly performs a series of concerts featuring well-known guest artists such as Paul Shaffer, Doc Severinsen, and Maroon 5 guitarist James Valentine. The group also offers educational master classes and workshops for student groups of all ages for an additional fee of $1,275.