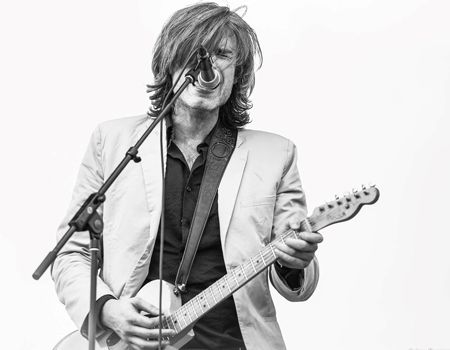 Matt Whipkey, a lifelong Nebraskan, has spent the last decade quietly becoming one of the highest caliber songwriters in the region. Recently recognized as 2013's Omaha Entertainment & Arts Award Artist and Album of the Year recipient, Whipkey offers engaging and passionate performances of his original material. Ranging from a solo acoustic act to a 5-piece rock and roll extravaganza, Whipkey's veteran ability and youthful vigor have left audiences across America craving his brand of honest Midwestern rock and roll.

Throughout 2015-2016, Whipkey has been a featured support artist for country music legend, Dwight Yoakam. Supporting Yoakam across the entire United States earned Whipkey the praise of a true American original. "Matt’s been really, really wonderful to have out last year," said Yoakam. "He’s a trouper about making dates work that you’d think he wouldn’t be able to and taking what he’s been doing musically the last few years and with his most recent album to the public via our shows; it’s been fun to do that."

Along with being one of Nebraska's most critically acclaimed songwriters and performers, Whipkey has spent the last decade educating the musicians of tomorrow. His belief that musical ability exists in everyone has led to his demand as a guitar and songwriting teacher available for private or group instruction.