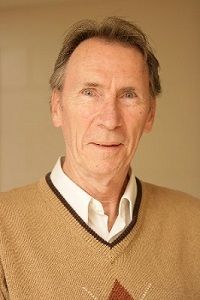 Cork Ramer has over 20 years of experience working with students of all ages throughout the state of Nebraska and across the United States. During his residencies, he can lead middle school students, high school students, or adult groups through the process of creating a script, rehearsing that script, and performing it. Cork also has many years of experience as both an actor and instructor with the Nebraska Shakespeare Festival, and offers residencies that focus on the works of William Shakespeare.

Cork can also offer other types of residency activities developed around his extensive work in theatre and television. He has appeared in five specials for PBS, he was the voice of George Washington in the animated series “Liberty’s Kids”, he was the voice for the Purple Pie Man in the Strawberry Shortcake series, and had a featured role in the Hallmark Hall of Fame movie “O Pioneers”. Cork can lead workshops that center around auditioning, performance techniques, improvisation, scriptwriting basics, and theatre games and skills.