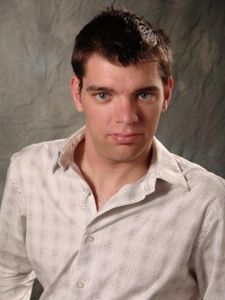 Fran Sillau is the new artistic director of Circle Theatre and the accessibility coordinator at the Rose Theater in Omaha. Over the past decade, Fran Sillau has served as a teacher, writer, director, actor and producer. With an extensive background in theatre for youth, Sillau has worked for both Lexington Children’s Theatre and Omaha Theater Company. His most notable professional accomplishments have been that of teacher and director. Sillau has been the recipient of an Access Grant from the John F. Kennedy Center for the Performing Arts and served as a teaching artist fellow for VSA, an affiliate of the John F. Kennedy Center for the Performing Arts.

Currently, he conducts arts education professional development for teachers. To date, he has conducted workshops in Iowa, Nebraska, Kentucky, North Dakota, Tennessee, New York State, Washington State, Connecticut and at the Smithsonian American Art Museum in Washington D.C. Another focus of Sillau is in teaching workshops specifically for youth with physical and developmental disabilities. In this work, he uses theater as a tool to help every child, disabled or not, to see the good and power within themselves. He holds an MFA in Directing and Inclusion from Goddard College. His professional activities can be found at www.Fransillau.com.