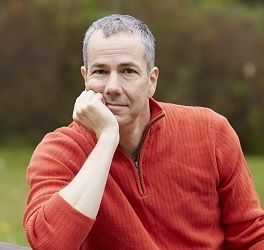 The Academy of American Poets announced Tuesday that it is awarding a combined total of $1.1 million to its 2022 Poet Laureate Fellows.

Of the 22 fellows, one of those is Nebraska State Poet Matt Mason.  Mason is the former executive director of the Nebraska Writers Collective, and lives in Omaha.

The $50,000 award will be used to create the Nebraska Poetry Pen Pal Program, which will bring poetry and poets into rural Nebraska county schools, libraries, correctional facilities, cultural centers, reservations, museums, and other parts of Nebraska’s varied communities.

While on tour, Mason will work with writers from the across the state from different ethnicities, backgrounds, and experiences.

The goal of the project is to showcase poetry in a way that will stir interest in and generate excitement about the art form.

Mason is the recipient of a Pushcart Prize and his work can be found in The New York Times, on NPR’s Morning Edition, and in American Life in Poetry.