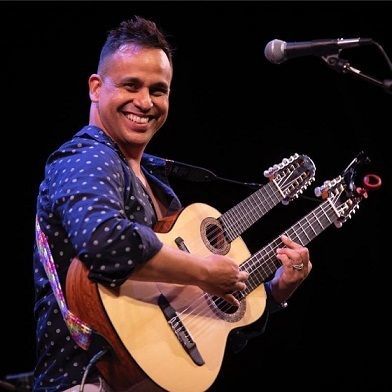 Technical Requirements: The sound system needed is dependent upon the size and type of venue, expected attendance, etc. Basic sound requirements for Daniel are one SM58 microphone, one boom mic stand, a stool and the availability of two lines into an amplified sound system. Daniel can provide a compact sound system for smaller venues and would only require a mic stand, stool and electrical outlet. Adequate lighting and an elevated platform allowing Daniel to be seen well are ideal. Specific details are confirmed on a case by case basis.

Availability: No performance scheduled on the same day if travel involves more than 350 miles or five hours drive time.